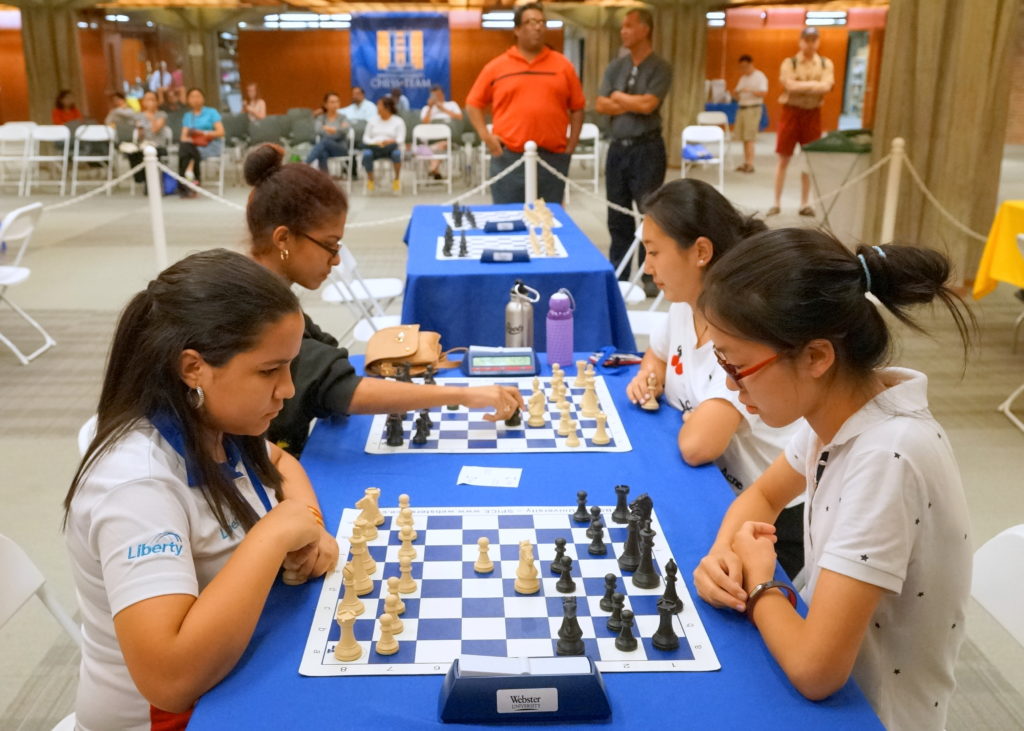 I was a Chess Mom for many years, after I taught my son how to play chess, and after he joined the Chess Club at Green Lake Elementary — and later during the years he competed in scholastic tournaments through high school. If you have watched the 1990s movie “Searching for Bobby Fischer” you will have a good idea of what being a Chess Mom (or Dad) entails. One of my fondest memories of that era was taking my son to the Elementary Nationals in Tucson, Arizona, for about four days.

Much more recently, for the past several years  I myself have been a chess student, chess player and chess writer. So when I heard that in October 2021 there was going to be an elementary Nationals in Seattle, I thought “Why not volunteer!? It will be fun!” The Susan Polgar Foundation National Open (SPFNO) was happening in Bellevue at the Hyatt Regency Hotel, and I would have the opportunity to meet Susan Polgar in person — as well as our local Seattle chess legend, “Detective Cookie”!

I had seen Detective Cookie on the local news several times over the years — when local stations covered her free inner city chess program for low income kids. She is a Seattle Police Officer and her chess and non-violence program has been going for about a dozen years. I had been wanting to meet Detective Cookie for quite a while. In December 2020, we actually emailed back and forth after I wrote a review of “The Queen’s Gambit” Netflix series for “The Seattle Times”. We had emailed about meeting for coffee or lunch but it hadn’t happened yet.

When I arrived at the hotel at 8 a.m. Saturday for the two day event, I checked in to my lovely room on the 15th floor, and was delighted to find a mini Keurig type coffee maker and Starbucks coffee in the room. I made myself a large cup — having no idea how much I was going to need that jolt of energy — and went downstairs to the ballrooms at 8:20. Luckily for me I also threw a healthy nutty granola bar into my purse.

Out in the lobby in front of the ballrooms were about 220 kids from kindergarten through 12th grade — and about 300 parents — all waiting anxiously for Round 1 to start at 10 a.m. Inside the main ballroom, I joined a woman who was flying around straightening up the boards and pieces and the chairs, so that everything would look nice and neat at 10 a.m. This woman turned out to be Detective Cookie. It became apparent that some of the chess pieces were still in the zippered bags…so she and I raced around setting those boards up, and tidying up the boards where the pieces had already been set up.

When we were almost finished with the main room (and knew we had one more smaller room to go)… I discovered a board where both Kings and Queens had been placed backwards. I thought “Uh oh. There might be more boards like this”…so I raced around as fast as I could — still wearing a leg brace after an August quad injury — to all 100+ boards in that room, and found seven or eight more with the backwards Kings and Queens. This could have proved disastrous for the younger kids, when the players started Round 1 and were recording their games.

Just as I finished checking for backwards Kings and Queens, I discovered a board where EVERYTHING was backwards The white pieces were on the “black side”, and the black pieces were on the “white side”. This prompted another trip around the whole ballroom, and sure enough, there were four or five backwards boards which had to be totally re-done. This would have been an even bigger disaster during the required “notated”  tournament games. I was starting to appreciate the big cup of coffee I had downed at 8 a.m.

We moved on to a second smaller ballroom and repeated the straightening up; at least this time we knew to look at the kings and queens and board placement. Meanwhile throngs of kids and parents were pouring into the main ballroom to hear the opening remarks before play started. When the Tournament Director (TD) gave instructions about which sections were to play in which of the THREE ballrooms, I realized we were in big trouble. Detective Cookie and I had missed the entire K through 5 adjoining ballroom. We raced in there while the youngest players and their parents were coming in, and madly set up the boards as they were finding their places.

“Only” about 50 youngsters needed help setting their clocks, and I referred them to other volunteers — including Susan Polgar’s two adult sons. (I have no aptitude for chess clocks, TV remote controls, or car engines.) Susan Polgar herself gave the opening remarks and well wishes, and Round 1 was underway.

A few minutes later, the TD handed me a clipboard with pairing sheets and escorted me to the adjoining nice quiet smaller ballroom, to record results as they came in: wins 1 point; draws 1/2 point; and losses 0 points. This turned out to be the K – 12 Open room, where the highest rated players were competing. The time control was G60 (one hour per person) with a 5 second delay, so I had a couple hours to decompress, after the earlier crush of activity. (I actually worked on another story for “Northwest Chess” that morning!) I was amazed to see the ratings of the players in that room. The top two were 2439 and 2350. (For comparison purposes, Bobby Fischer topped out at 2680.) Several others were over 2000, and the vast majority of the rest were over 1600.  I was very glad I wasn’t playing.

Around the end of Round 1 as I was recording the results, I started to wonder what we were supposed to do about lunch, since there were only fifteen minutes between rounds…Then I remembered that granola bar in my purse. Brunch! A little later another volunteer came and told me that there was pizza for the volunteers in the “office”. Happily, I was able to slip out and scarf down two pieces of pizza and a root beer.

I should say a few words about the other duty Detective Cookie and I were in charge of: I’ll call it “Parent Control”. Parents are not allowed in the tournament room during the games… although many of them make a habit of trying to SNEAK in…”I just want to take one picture of my son playing his game” and so on. Detective Cookie and I tried common sense logic — “If I let you in, I have to let the other 300 parents in too” — but in many cases we had to be ruthless. My favorite incident was the one Dad who tried to sneak in, was asked to leave, and then walked to another set of doors about 30 feet away and tried AGAIN to sneak in. Detective Cookie handled that. Privately, I thought it might be a good idea if she wore her police uniform with holster…but she was off duty and there as a volunteer.

At about 5:30 p.m., after the third round (and after five rounds in the K – 5 room, which was a one-day event), there was an awards ceremony presided over by the TD and Susan Polgar. Susan graciously gave out trophies and medals for the younger K – 5 players, and posed for photos with all of the winners. Some of the trophies were taller than the winners!

I was ready to throw in the towel and call it a day. But much to my amazement I learned that a Simul was about to start in another smaller conference room. Susan Polgar was going to play 26 opponents at once and it was starting at 6 p.m. I watched part of the Simul and lasted until 8 p.m., at which point I crawled back to my room, ate a piece of leftover lunch pizza, and fell asleep in the 6th inning of the Mariners game on TV. The next day I learned that the Simul had ended at 11 p.m. (I also learned that the Mariners had won the game!) One of the youngest players was a cute little girl about 7 years old who fell asleep on top of her board during her game. When she couldn’t be roused, she was carried away by a parent. Mind you, all the kids playing in the Simul had already played 6 or 7 hours of chess earlier in the day. Many adults were also playing in the Simul.

Sunday I started the day by giving thanks for the Starbucks coffee in the room. That day there were a lot fewer players since the one-day five round event had ended the evening before. The remaining three rounds were all played in the large main ballroom.
Sunday afternoon I was able to slip away to a small room to have a chat with Detective Cookie’s Chess Club head volunteer coach, and I got good information to use in a later (January 2022 issue) “Northwest Chess” article about her SPD chess and anti-violence program.

After the last three rounds and the awards ceremony on Sunday, there were a few more chess events: a puzzle contest; a blitz tournament (!); and a book signing by Susan Polgar. I skipped the first two events but decided to buy a copy of her new paperback book. When I got to the front of the line, the kid in front of me had just bought the last copy. I introduced myself to Susan, shook hands, and told her I had brought her a copy of a “Seattle Times” review I had written about “The Queen’s Gambit”! I then dashed to the elevator and my room, autographed the review in the “Weekend Plus” section, and took it back down to where she was still signing copies of her hardback book. I wondered what she thought of ME giving her an autographed article, when it was the opposite of what usually happens at a celebrity author book signing. But maybe she read it. I’m willing to bet that she loved the Netflix series.

I have watched my son play in many chess tournaments, and I’ve played in a lot of tournaments myself. But I had never volunteered at a tournament of this size — no less for two solid days. It gave me a huge appreciation for all the dedicated organizers and volunteers, and for all the planning,  organization (and chaos!) that goes on behind the scenes, before and during the event. It was an exhausting, exhilarating and very enjoyable experience — for a great cause: helping our children and young people take part in a major life experience. If your child plays in a small or large scholastic tournament, think about volunteering! 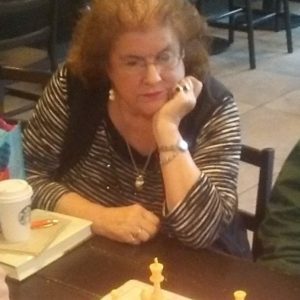 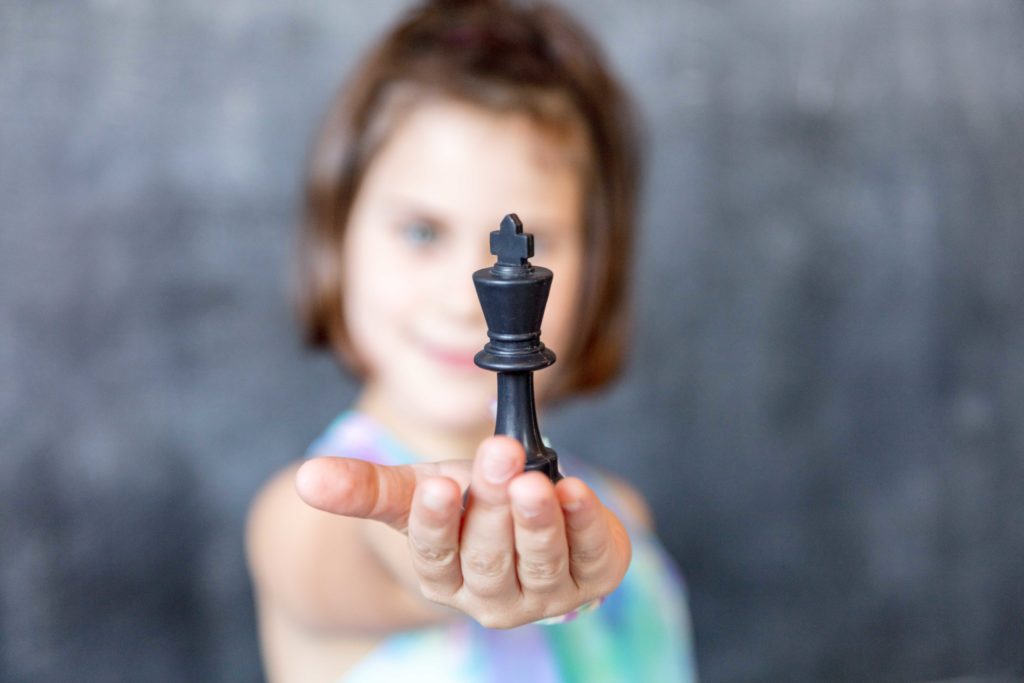 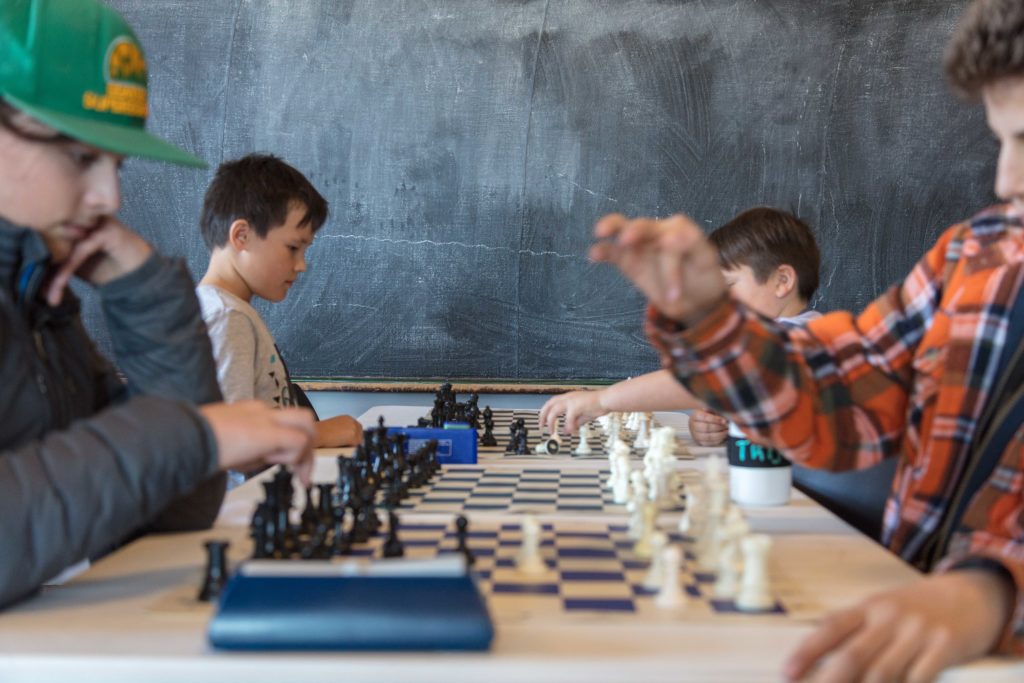 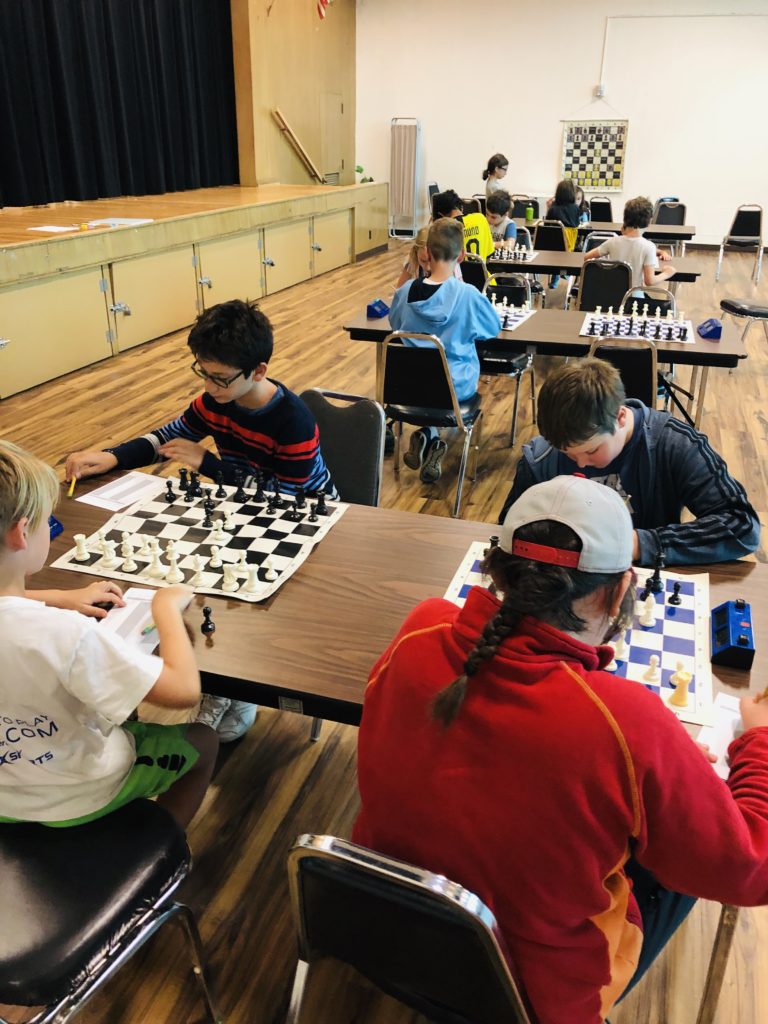